Meeting the family in a new foreign place is a lot of fun because no one in the group has any idea what they are doing, where to go and how to get there. Throw into the mix a little pocket rocket, aged 12, makes it an unforgettable experience. My mum is equipped for handling my little brother Cupar and knows to expect anything when you’re graced with his company. We were not so prepared and I was certain that I witnessed at least 10 near death experiences since we were traveling together. But no harm no foul and at the end of the day we were always laughing about it. 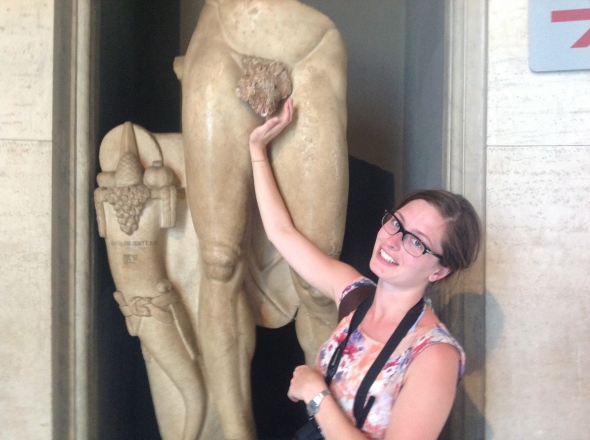 I don’t know if you have been following our blog or seen any of our pictures but if you have then you will know that this is not our usual style. As Cupar and I raced ahead in the museum I was completely oblivious to the fact that my mum was conscripting Sarah to mimic statues and perform weird poses in her photos. 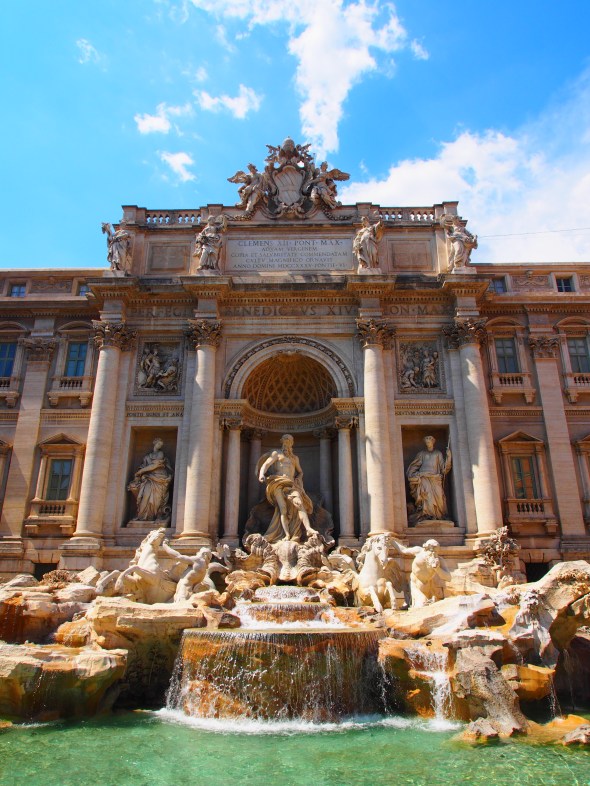 The city heat is very different to the heat you experience anywhere else. It is a stagnant kind that sticks to you and makes appreciation of anything very hard. That’s why when you come to the Trevi Fountain there is additional level of appreciation; a kind of primal instinct is driving you toward the fountain and urging you to jump in. Of course the parade of reflective people with whistles prevent you from doing that. Instead you settle with splashing you face and sprinkling your skin to lower your temperature to just below boiling point. 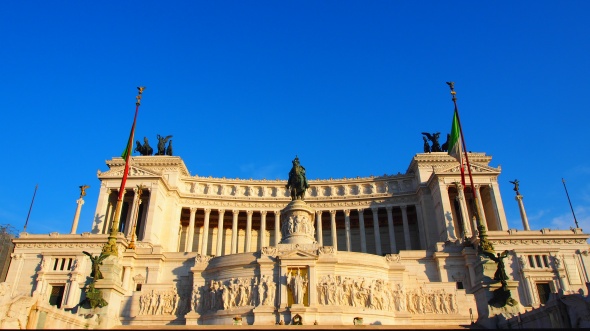 The Spanish steps seem to not only be a tourist attracting but a nice place to hang out. But that also goes for most of Rome.

Taking 10 years to build in 70AD enduring earthquakes, stone robbers and huge city fires the Collosseum has stood the test of time. In its prime it could hold between 50,000-80,000 spectators and even today an average of 10,000 people pass through its gates every day.

Back in the day a wooden floor housed that mess of stonewalls you see today. Underneath was a labyrinth of prison cells, animal cages, armories and crowd of winches and pulleys all designed to do one thing. Entertain. Watching scores of people slaughter themselves was not the only favorite past time here oh no the floor of the Collosseum was a theatrical stage of enormous proportion. Partially filling the arena they would reenact famous battles on the water! 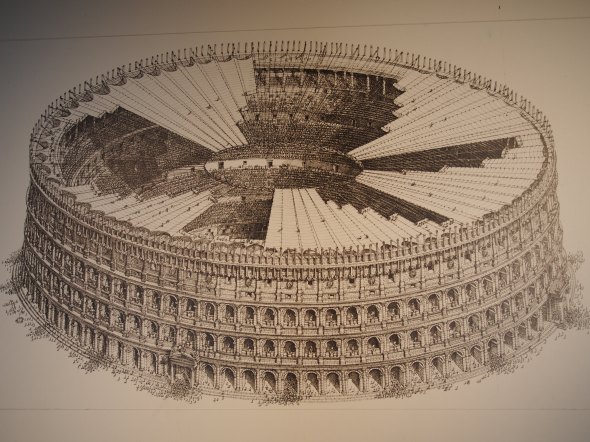 This is what the experts think it looked like 2000 years ago. An impressive feat of engineering considering when it was built

Ladies and gentlemen I give you emperor Constantine the founder of our favorite city Istanbul.  This was part of a statue celebrating his thirteenth year of rule.

Signifying his grasp on the world his statue held a replica of it. 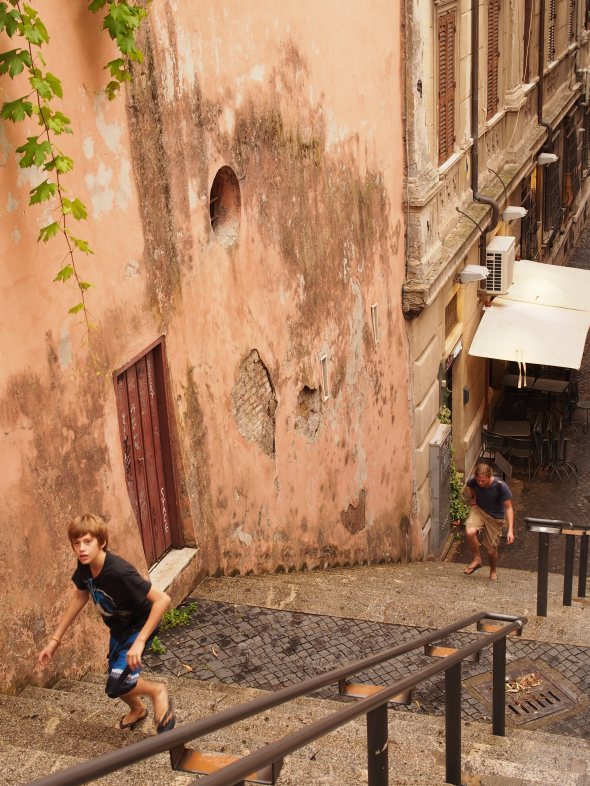 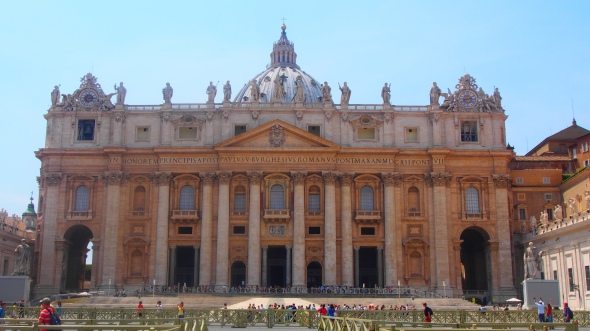 And this is where all the Church donations go! Well at least some of them. Don’t get me wrong it’s amazing and I’m glad its there but come on tell me that this isn’t a great example on how religion and money don’t go hand in hand 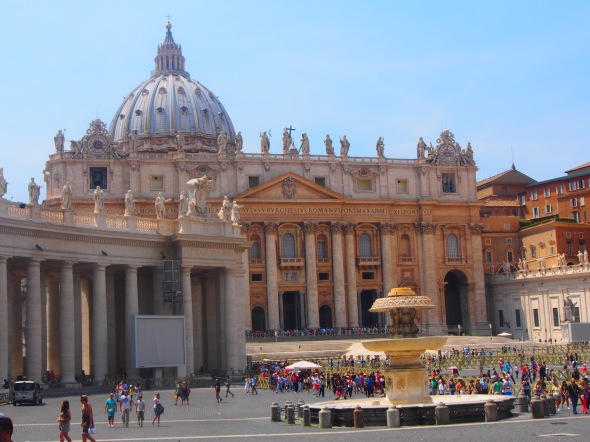 Usually standing in line for 40 minutes can be preeeeeetty boring but that’s until you convince your brother he can’t catch a pigeon. It’s a great sport to watch until he catches one and then no one really knows what to do. 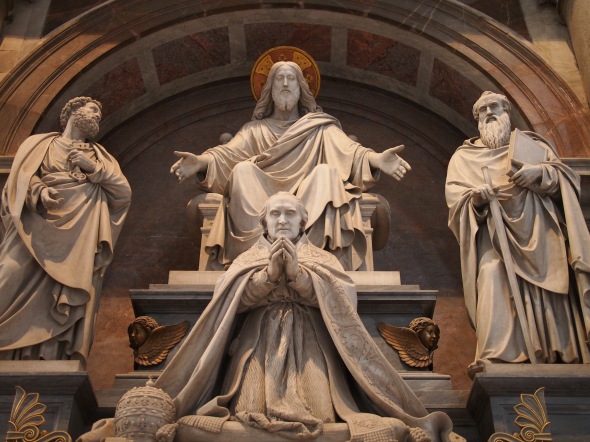 Once your inside the Vatican your completely blown away by it beauty. Every square inch is covered with something spectacular whether it’s a 500 year old painting or a gold statue. I can’t tell you how many people pass through here but it’s a shit load and they keep it in pristine condition for everyone of its visitors. Colossal pieces of art span whole walls of the building in a bid to keep your jaw from closing right until the exit.

This is kind of like the wall of fame for the popes, all the good guys get a place in a gold tomb

I don’t think I mentioned that we had ANOTHER iPhone stolen from us in Rome! Feeling a bit down there could not have been better people to be around (except maybe the Turkish). When someone looks after you in Italy you are part of the family and they treat you accordingly. The lady we stayed with took time off her work to drive me to the police station and translate for me. That was just before she served us tasty spaghetti bolognaise. Rome is as beautiful as its people. 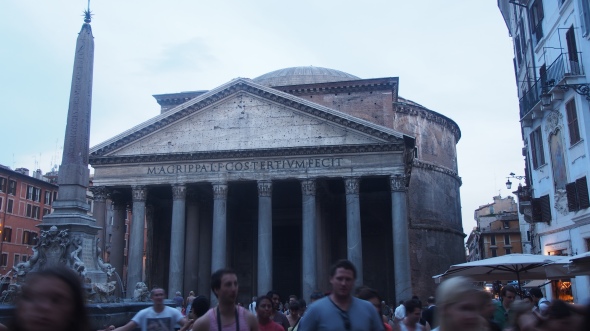 Fly out of Aus